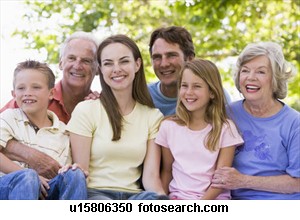 Autobiographyof.me - Is the memoir’s of a person life, stored, shared, remembered and celebrated for future generations

EXAMPLE OF A SHORT AUTOBIOGRAPHY

I came into this world on the cold morning of January 29, 1983. Born in San Miguel de Allende, a small town in the Mexican state of Guanajuato, or so I was told. My parents, Patricia Merrill and Roberto Navarrete had tried unsuccessfully for six years to conceive their first child and I just happened to be the lucky one.

My mother and my father are the complete opposite of each other culturally. Patricia, my mother, had lived in Massachusetts all her life, her two brothers and her father were in the military. She grew up with the Americana customs and had spent only a couple of summers in Mexico. However, she spoke Spanish. On the other hand, my father had lived in Mexico all his life and his brother and his father were in the Mexican military. He spoke no English and was raised in a very typical Mexican family. Therefore, I guess I’m sort of stuck between both cultures. You might be asking yourself how the two of them ever ended up together even though they are so different. Well, both of them are architects and they met while my mother was in Mexico.

The majority of my early memories from childhood are somewhat vague, but for the first years of my life, I mostly spent the day either crying or sleeping , as babies do. A year later I began walking around my house , or what I remember as taking a couple steps and then stumbling awkwardly onto the floor. I also began to utter my first spoken words in both English and Spanish.

In 1986 at the bright age of three, I was enrolled at a local kindergarten where I would learn children’s songs or play in the sandbox all morning and spend my afternoons watching the Disney channel at home. Most of my vacations included long and tedious trips to Georgetown, MA with the purpose of visiting my grandparents. During the weekends we’d visit my paternal grandparents and relatives in Guanajuato. It pretty much stayed that way some time.

Once kindergarten was over with, and upon my mother’s insistence, I entered a bilingual institution in my town where I studied up to my fourth year of grammar school. In that same period my sister Monica was born and she came into the family. Everything seemed perfect in my life at that point: I was doing great at school, my family was great, I was as happy kid. Suddenly, the whole picture fell apart when my parents filed for divorced.

I was ten years old when my father and I moved to Guanajuato, the state capital. I lived there for a stage and despite the confusing situation, had some fun times. I studied at Instituto Guanajuato and played soccer or biked in my free time. I’d visit my mother and sister on weekends, yet I missed them both throughout the entire week. Being only ten at the time, I regretted not seeing my mother and sister as much as I would have liked to.

At the age of fourteen I was through with junior high school. A couple of weeks earlier I’d been accepted to enroll at Phillips Academy. Phillips is a boarding school in a small student town called Andover, MA in north eastern area of the United States. I had never lived abroad, or alone for that matter, hence was a bit reluctant to the idea of leaving by myself. My grandparents who had lived in Georgetown for many years had moved to Texas by then. A couple of months earlier they had decided to no longer have to cope with the cold and snowy New England winters, thus my nearest relatives where now in Washington eight hours away.

While I was at Phillips I played soccer for the junior varsity team in the evenings and took the Amtrak and traveled around the area on weekends. No one was allowed to leave the campus during the weekdays but that wasn’t a real problem since the campus premises included most of the town and I’d easily find ways to keep myself busy.

After what has seemed to be the longest year of my life, I returned to Mexico and moved in with my mother and sister. This decision was against the will of my grandparents and father (I had a four year scholarship at Andover and they considered I would miss out on a great opportunity). The main reason I came back was that because of being so far away I’d only visit my family twice a year. At that time I just didn’t feel ready for that.

I applied for entry at the Universidad del Valle de Mexico in San Miguel de Allende and continued my studies there. A hectic period in my teenage years had concluded and I was able to slow down and enjoy my family. I matured quite a bit and built up my self-confidence and independence.

The past three years I lived in San Miguel de Allende. In my time of leisure I’d mountain bike through different trails in the vicinity or travel with my family. I also had time to think about what I wanted to study and took day trips to universities nearby.

After I graduated from the Universidad del Valle de Mexico a few months ago, I began studying at the Tec de Monterrey in Queretaro where I’m currently majoring in Accounting and Finance. My cousin and I are living together in a small apartment in Queretaro, yet we manage to leave for San Miguel de Allende and go home every Friday.

I am now eighteen years old. After this phase I’d like to study a Master’s Degree in Financial Planning in the U.S. or in Singapore, but I’m still not sure it, I just might change my mind and do otherwise, although I haven’t come up with what that something else could be.

Advert: Learn how to regress to your childhood or a past life click here iashh.com